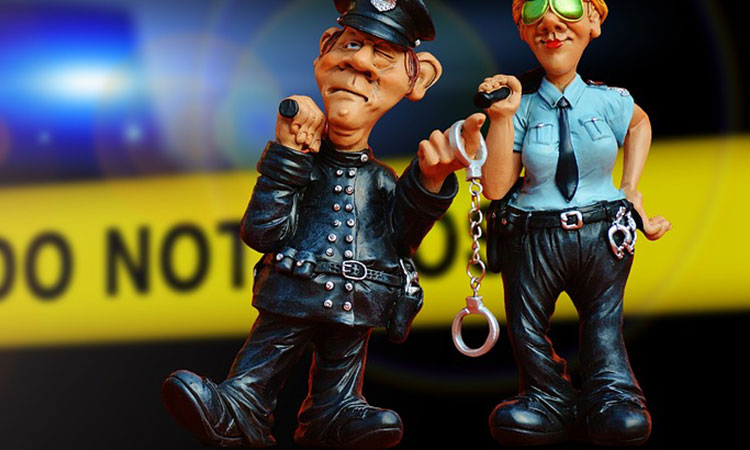 Rutherford County, Tennessee is seemingly unable to keep it's sheriffs out of legal trouble. With our former sheriff, Robert Arnold serving a four year prison term as of just last year, the new guy, still wet behind the ears has thrown caution, and apparently any law books he might have owned, to the wind.

On February 12, Sheriff's deputies, under the advice of District Attorney Jennings Jones, who has also exhibited flagrant disregard for federal law in this matter, raided the stores of 23 law abiding business owners, illegally confiscated their products and, again illegally, padlocked the establishments for five days, while simultaneously slandering the owners as drug dealers, causing damaged reputations, lost income for the owners, and lost wages for their employees, all in the name of keeping a legal and harmless product out of the hands of the public.

At the center of this controversy is a chemical compound known as CBD. CBD is traditionally derived from marijuana, is not psychoactive, and most importantly, is legal to possess and sell under federal and state law. Now, Tennessee makes a few provisions for this. For one thing, while it is legal to sell CBD, the product must be derived from industrial hemp, not marijuana, and must contain less than 0.9% THC for prescription products, and less than 0.3% for non-prescription.

DA Jennings Jones and the departments involved in the raid, foregoing what some stodgy old traditionalists might call "a thorough review of the written law", opted for a slightly different strategy, choosing instead to assert regulatory authority over the sale of all CBD products, despite having never been appointed to any such positions.

“If you possess this without a prescription, you have broken the law,” Jones said in a press conference.

“If you are selling this without a prescription or if you’re not a pharmacy selling it to someone with a prescription for it, you have broken the law.”

A statement from Detective Sgt. Will Holton seems to lend credibility to this theory.

“There’s no regulation on these products,” Holton said. “We feel like these products are very unregulated and you don’t know what you are getting. Cannabidiol is a Schedule 6 narcotic and is illegal in the state of Tennessee and cannot be possessed or sold unless prescribed by a doctor and dispensed from a licensed distributor. ”

Initial research on the subject turned up no evidence to corroborate either of their assertions on the subject of legality. Even so, there still remains the possibility the products were higher in THC content than the packages suggested. That turned out not to be the case. It also turned out this was well known and well in advance, due to TBI lab reports, as well as lab reports included with the merchandise. In a what seemed more like a Hail Mary pass than a competent legal opinion, the departments then decided to focus on the origin of the CBD, excusing their actions with speculation that it may have been derived from marijuana.

The lab results came back inconclusive, because no such forensic technology currently exists. What's more disturbing is it seems the perpetrators knew even this ahead of time, as evidenced by a statement from TBI spokesperson Josh Devine.

“It is inaccurate for the local stakeholders in these cases to assert they made decisions in this case unaware of the limits of our forensic work,” Devine said.

There is, however, one way of determining the origin of the CBD. While it may require more work call the manufacturers and ask for lists of suppliers, it turns out the barest minimum of due diligence could have saved all parties involved an enormous financial cost and saved the Sheriff's Department a staggering loss of credibility.

After five days, the store owners had their rights restored to them, though many have suffered grievous losses, one store even being burglarized after officers refused to let the store clerk set the alarm during the shutdown.

As the dust of this debacle settles, one question still looms large. Just what could cause a law enforcement agency to lunge so desperately into an action they knew had no legal foundation? That remains to be seen, and will hopefully come to light as the inevitable and highly justified lawsuits begin rolling in.