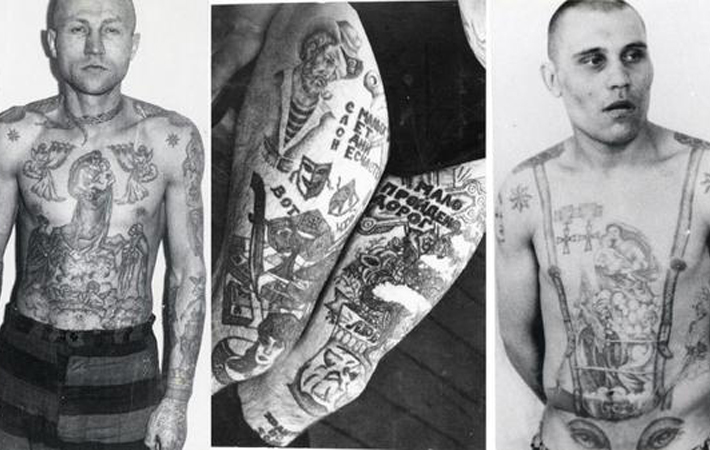 Prisons around the world hold inmates sporting ornate and cryptic tattoos. Much time has been spent trying to decipher their meanings. Many of these tattoos symbolize ranks, deeds and personal details of the bearer. Most of the known designs of Russian prison tattoos came around thanks to retired Russian police man Arcady Bronnikov who put together a large portfolio of existing tattoos from 1960 – 1980s. He was responsible for documentation and interviewing of Russian convicts of that time. Throughout 30 years he has created the largest archive known today, perhaps the most interesting of which is the ring tattoo.

Prison ring tattoos are considered a classic tattoo and often play the role of a business card. When prisoners first meet, it is a quick way to get the overall picture of each others' status. Rings tattoos are worn not only by men, but also by some women. They are very similar to the men's tattoos and usually signify they are career criminals.

Unlike other body markings, ring tattoos are generally not made against the bearer's will. There are some exceptions. For example, tattoos that symbolize the lowest ranks, often the most humiliating, are done against person's will, so in the event of a convict's transfer to another prison his/her rank will be well known and he/she will not be able to take a higher hierarchical spot than what was assigned.

Finger prison tattoos are made look like rings, and are tattooed on the finger thus. 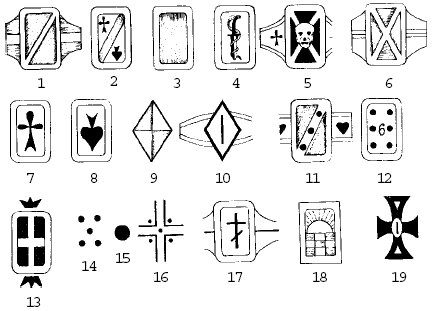 Here is the main variety of documented ring tattoos and suggestions on approaching such individuals (at the time):

While some of the tattoos and there meanings have changed over time, it is very important to continue the study and documentation of these tattoos, as they are a means of understanding the inner workings of prison culture.